As part of our digital activities programme we introduced a Creative Writing group which has proved to be popular with our members. They would like to share this story with you.

THE ANGEL OF THE ATMOSPHERE

Nicola Johnstone was running as fast as it was possible to run wearing a straight skirted business suit and three-inch stiletto heels. She didn’t have time to look over her shoulder. She just kept running.

She’d known for ages she was in too deep. She’d gone into politics to make a difference. To change the world. And that’s exactly what she was doing. But not in the way she’d intended. How on earth had it happened? How had she got caught up with these people? They cared nothing for anyone except themselves and their own bank accounts.

When they first contacted her about their plans and asked her to be their representative, she’d believed what they’d told her. That they were creating beauty and health products that were ethical and good for the environment. The Government had invested hugely in the company and now Nicola had discovered that everything they said was a lie. They were tearing down rain forests and polluting rivers and seas while their shareholders pocketed billions of pounds.

When Nicola threatened to expose them for what they truly were, they in turn warned her if she didn’t keep her mouth shut, they would say she was in on it all along. That she knew everything they were doing and was only revealing it now because they refused to give her a bigger share in the profits. Her reputation would be in tatters. But that wasn’t all. At the meeting this morning Nicola began to suspect her life was in danger. And so she ran. Ran and ran. Right into the front of an oncoming lorry.

And everything went blank.

Nicola rubbed the back of her aching head and allowed the stranger to help her to her feet.

‘Am I dead?’ asked Nicola. ‘Is this Heaven? Are you an angel?’  eavenHH

‘How did I get here?’ asked Nicola. ‘The last thing I remember is running and being hit by a lorry. Why did you bring me here?’

‘I was sent to Earth to find you,’ said Intel. ‘Your planet is in great trouble. This might be your last opportunity to rescue it. Come with me.’

Nicola started to argue but realised there was no point. There was no-one else around to help her. She had no choice but to follow this man who looked quite ordinary apart from having a grey circle with a black Z tattooed on his forehead.

He led her through woodland, across hills and along sandy beaches. She saw deer and foxes and rabbits playing hide and seek. She paused along the seacoast to watch a group of dolphins doing acrobatics in the water.

‘It’s beautiful here,’ said Nicola. ‘It makes me think of…’ and then the stopped.

‘Almost,’ said Nicola. ‘Pictures I’ve seen of how it used to be. Before the big multinationals started destroying it.’ She paused and wiped tears from her eyes. ‘And I helped them,’ she said. ‘I didn’t mean to, but I did.’

They were facing a wall now, which seemed to stretch for miles and miles. It also had huge pictures of the circle with the Z painted on it.

Nicola did as she was told and together, they walked, not alongside the wall, but through it. They found themselves in a different place altogether.

It was dirty and noisy and cold. It sounded as if there were giant machines booming and rattling all around them. And gun fire and explosions. The rivers were murky and thousands of plastic bottles floated on top of the sea. Children ran around screaming. They wore rags and had bare feet. Adults were pale and thin and listless. The only animals were mice and rats scurrying at people’s feet.

‘But what can we do?’ asked Nicola. ‘It’s too late. We’ve messed up and I’ve played my part in its destruction.’

‘It’s never too late,’ said Intel. ‘But listen very carefully. This is your last chance. If the people of Earth do not change their ways, then Zartan will invade and take it over. We will become the rulers of your world.’

‘But what can I do?’ asked Nicola. ‘No-one will listen to me anymore. My reputation’s ruined.’

‘You must make them listen. I will help you. I am your Guardian.’

‘You must trust me, Nicola. I’m sending you back now. You will remember nothing of this time. It will be erased from your memory. You will think you are alone. But I will be there, helping you. Now go.’

Nicola felt drowsy and fell into a deep sleep.

Nicola opened her eyes to see a tall man standing over her.

‘You’re in hospital. You’ve been in a coma since being run over in the street.’

‘I had the strangest dream,’ said Nicola. ‘I thought I’d been taken to another planet.’

The doctor smiled but didn’t say anything.

‘When can I get out of here?’ Nicola asked. ‘I’ve got so much to do. So many mistakes to put right. I need to call a press conference. I need to expose the truth.’

‘All in good time,’ said the doctor. ‘First you must rest.’

He turned and as he was leaving the room Nicola noticed the tattoo on the back of his neck. It was a grey circle with a black Z inside it. 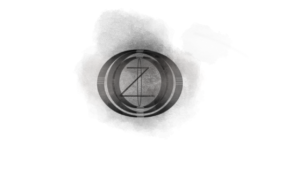